I found a report on NPR about a study conducted by psychological researchers at Johns Hopkins in multiple infant observations startled me this last week. The researchers seem to have discovered that the laws of Newtonian physics are hardwired into human perception from the earliest stages of human development.

Then through clever photographic manipulation of images, they engineered it to appear to the infants that the ball rolled straight through a solid wall. Watching the ball roll through a solid wall attracted the avid attention of infants. While sitting in their high chairs, they were presented with the new ball to play with. The infants then repeatedly bashed the ball against the surface of their food tray, seemingly in an attempt to test-out its solidity. It seemed no difficulty for the babies to now remember that this new, much more interesting ball, also squeaked.

In a second experiment, they projected the image of a toy car sailing through the air. As with the ball, the car floating through the air immediately attracted the infant’s attention. When given the toy to play with teach baby repeatedly dropped it on the floor, seemingly to test- out whether it would float or not.

The startling discovery from these experiments is that our human

perceptions and expectations based upon the Newtonian Laws of the way the physical universe behaves are not only learned but seems to some degree to be innate. It seems that this is probably an evolutionary adaptation that enables human beings from birth to survive in a physical universe that can be predicted to behave in certain ways rather than others. Survival required this adaptation, which now seems to have become hardwired into even the most anatomically unformed of human brains.

The different Gospel accounts of the resurrection, though they differ widely in their details, all seem to be accounts struggling to make sense of what they thought impossible.  Now, remembering that the pre-scientific mind had a much richer range of explanations for the seemingly impossible than we possess today, it seems even allowing for a high degree of what Charles Taylor calls enchantment, the disciples knew without any reference to Newtonian physics that the dead do not, as a rule, come back to life. The Gospel records struggle to make sense of experience which is not only improbable, but unaccountable.

The response of Mary Magdalene outside the tomb in supposing Jesus to be the gardener is but the first of a whole series of experiences of the risen Christ where the disciples simply fail to recognize Jesus. Now this could be because he was unrecognizable. Though seemingly, their lack of recognition had more to do with the way their natural expectations blinded them to the reality in front of them, than to any radically changed 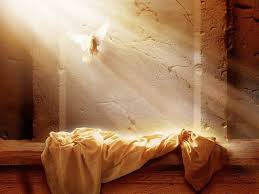 appearance of the post-resurrection Jesus.

Psychologically, we know that most of us only recognize what our brain is already looking for. That our perception of reality is colored strongly by what we already have experienced. For me this is the most obvious explanation for Mary, who is but the first in a series of encounters where those who knew Jesus intimately fail to recognize him because their brains are not looking for him. In a twist on the words of the angelic visitors in the tomb, the disciples are not looking for the living among the dead.

Like the Johns Hopkins babies, the disciples seem to experience a conflict between expectation and experience. Resurrection is the concept that reconciles their psychological conflict.

Resurrection – what it is not

The conventional view is that Newtonian theory didn’t invent the physics of the material universe. It simply observed and articulated that which human beings instinctively know to be true. Yet, a new realization seems to emerge from the Johns Hopkins infant observations. Newtonianism is not the result of our observation of the way the universe works, it is a creation of our perceptions. The evidence of infant observation is that Newtonian expectations are hardwired knowledge. It seems that even young infants don’t expect balls to roll through solid walls, or toy cars to float through the air. We don’t expect people we have seen die – return to physical life after death. From the inconclusiveness of the Gospel narratives of the resurrection event, neither it seems, did the followers of Jesus. Yet, resurrection is the account they settled on to explain their experience. 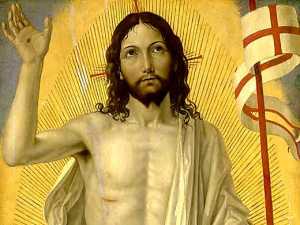 What is irrefutable is that the experience of the empty tomb, and the disciples subsequent encounter with a risen Jesus, whether considered spiritual, i.e. internal or not, changed  lives and birthed a powerful world transforming religious movement. The big question is not what did or didn’t happen in the tomb? Maybe that will always be just beyond our grasp to explain, i.e. a genuine mystery. The big question is why did the first Christians settle on the concept of resurrection to explain their experience?

The Anglican bishop and biblical scholar N.T. Wright makes the telling point when he asks why would the first Christians adopt the concept of resurrection to explain a spiritual experience of the risen Lord? After all, they had concepts for such a spiritual experience. They had a theology of the souls of the righteous, who because of their virtuous living after death, ascended to dwell with God. So why choose resurrection, because in Jewish theology resurrection referred specifically to the return to physical life after physical death, or as Wright coins it: life, after life after death.

The simple answer to this is that the disciples became convinced by their post resurrection experiences of Jesus that he was, in truth the Messiah. A key characteristic of being the Messiah involves resurrection, or coming back to life after death. The Jews had lots of pretend messiahs, and the key thing that identified them as pretenders was that they died and did not come back to life. The first Christians’ claim that Jesus was the Messiah required the authentication of a resurrection. So did they simply convince themselves that their experience was the result not of a spiritual awareness, but and event in external reality?

There is a more complex answer to the question and it takes me back to the Johns Hopkins infant observation. The discovery of a Quantum reality where a different set of physical laws operate shows that the Newtonian view of the physical universe is at one level, simply an observation of how we experience the laws of physics to actually operate. Therefore, our actual experience is that when a human being dies, they do not come back to physical life. What excites me about the Johns Hopkins research is the way Newtonian-type expectations are not simply our adult brain’s observation of the way the universe works. They are evolutionary expectations constructed by our brains from the start of life.

The experience of New Life this Easter

The promise of New Life is to be open to experiencing at the very least the improbable. This is not simply magical thinking. Like the infants in the Johns Hopkins observation, I want to become excitedly curious about the effects of God’s interpenetration of Newtonian reality with something much more enlivening.

Each Easter the message seems to reveal something new in God’s invitation to me to experience new life. This Easter, God’s raising Jesus to new life in the Resurrection conveys to me that God’s action is not limited by the boundaries of Newtonian physics and its definition of probability. That God can, and has interpenetrated our Newtonian defined dimension with

something more akin to a quantum-like reality of the spiritual dimension. Here, what is real is continually shifting and changing according to the experience of the observer.

The infants, when presented with an ordinary ball or toy car, behaving ordinarily in time and space, showed little interest in the objects. They were neither curious about them, nor did they remember much about them. Once the object defied their brain’s Newtonian construction of how objects should behave, the infants became excited about them. Their excitement stimulated their curiosity for exploration and testing out. Is there a lesson here for us as we contemplate the promise of New Life through the resurrection of Jesus Christ this Easter?

In my experience that which is supposed to be improbable is one of the key characteristics of God’s presence within the flow of my life and in the divine action I see all around me in the wider world. Like the infants in the observation, to be filled with excited and curious amazement at suddenly imagining a whole new range of possibilities, now wouldn’t that be something?