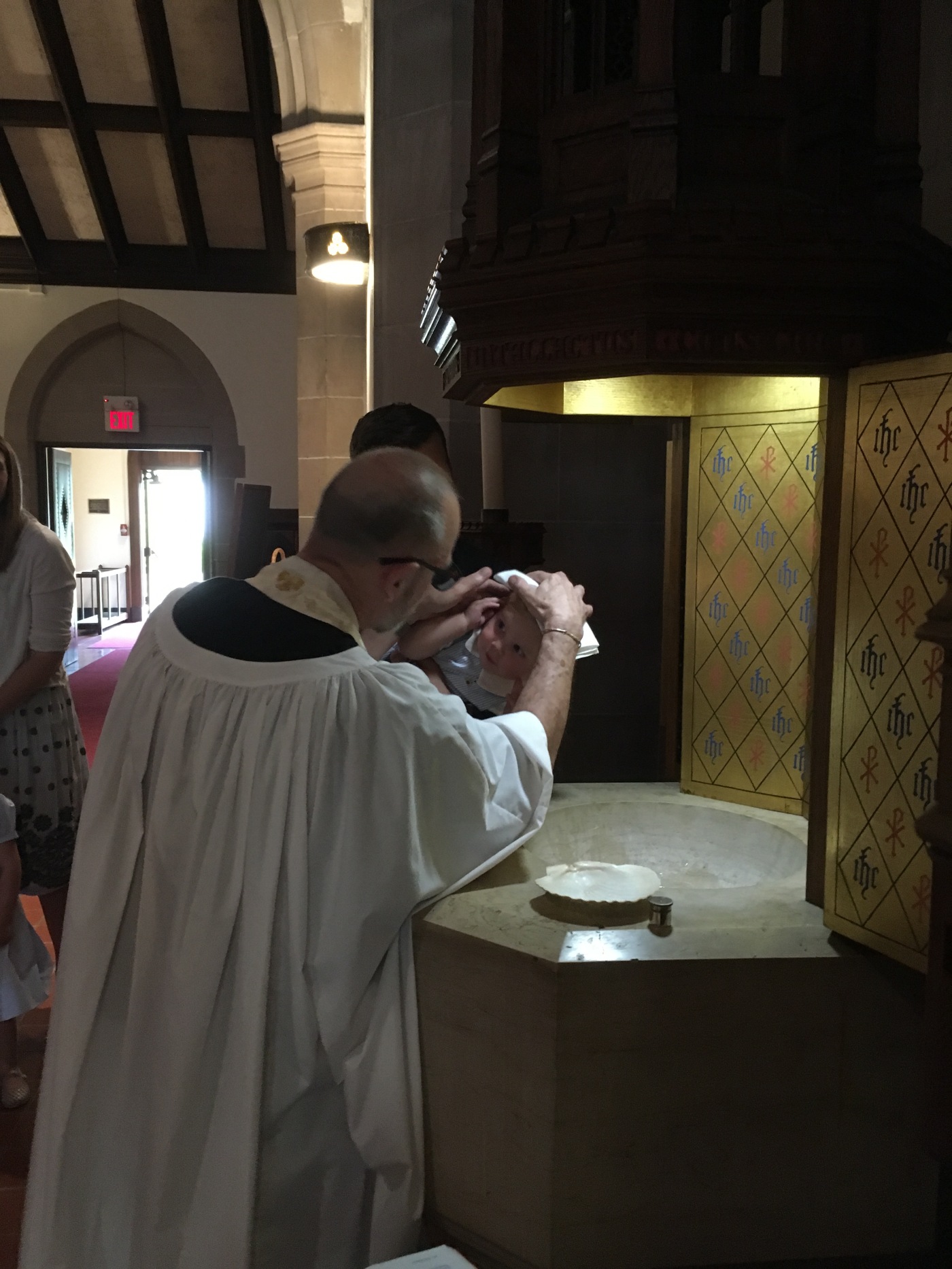 There are several fundamental human needs. One is to have enough food and the other essentials to sustain our bodies. Another is someone to love and be loved by. A third is to have a place to belong and a community in which to be recognized and accepted within. In recognition of the Labor Day celebrations this weekend, another fundamental human need is to have dignified work from which the fruits of meaning and purpose flow. Fundamental needs have significant implications for our physical, emotional, and spiritual lives, for we are integrated body-mind souls.

In last week’s A Living Eucharist sermon and blog, I expound on Jesus’ teaching in John 6 from which the sacrament of eucharist developed. This week, at St Martin’s we are privileged to witness the baptism of four delightful young souls. The baptism of siblings and cousins from the one extended family with a long multi-generational association with our community promises us a baptism experience, with a particular N.T. resonance.

In the Epistle – the N.T. reading for Pentecost 15, God addresses us through the Letter of James. Authorship of this letter is traditionally ascribed to the Lord’s brother, James, first bishop of Jerusalem, though this is hotly disputed among scholars. I will refer to the writer as the author known as James, who opens his letter to the followers of Jesus in Jerusalem with the words:

Every generous act of giving, with every perfect gift, is from above, coming down from the Father of lights, with whom there is no variation or shadow due to change. In fulfillment of his own purpose he gave us birth by word of truth, so that we would become a kind of firstfruits of his creatures.

This is an interesting passage from which to expound on the meaning of baptism.

Every generous act of giving, with every perfect gift, is from above, coming down from the Father of lights.

James’ opening words affirm that the entry of every human being into life constitutes an act of divine generosity. Can there be no more perfect gift than that of a new life; life as the biological sign of God’s sharing of divine love made real in an act of creation.

It’s unfortunate that the tenor of much of the ancient language, mostly medieval in origin, that we still use in the baptism service is easily misunderstood in churches where the goal is to save individuals from going to hell. In this worldview, baptism into Christ is understood as the antidote to the toxin, transmitted across the generations, of Adam and Eve’s original sin of disobedience.

James’ words can be read as categorically refuting this idea that human beings are born into a morally and spiritually defective state, for which baptism is the necessary correction. The old English verb for baptism is to christen, i.e. to make a Christian. Baptism opens a doorway through which an already perfect new life becomes a member of the Christian community. The early Church Father Tertullian was fond of saying: one Christian is no Christian, by which he meant you can only become a Christian by participating in the life of the community called Christian. It is as members of the Christian community, that we are saved by God’s love.

Why do we baptize? We baptize to make a new Christian. Becoming a Christian means participating in the life of the Christian community. Becoming Christian is to recognize that to be human is to made in the image of God; an awareness that compels us to collaborate with God in the task of making a world that has grown old, new.

What is the result of being baptized?

Returning to the second part of James’ opening lines in his letter:

In fulfilment of his own purpose, he gave us birth by word of truth, so that we would become a kind of firstfruits of his creatures.

Baptism is a second birth, a birth by word of truth. Through baptism, we come to belong. From belonging comes believing.

But baptism is not an act of magical transformation. As a stand-alone event, it functions as an initial entry point only. But what really matters is what happens after baptism, i.e. how the baptismal promises are fulfilled by the baptized person, over time.

James says that the gift from above needs to bear fruit. He tells his readers to:

Baptism emphasizes belonging over believing. This Sunday, four new young lives will be initiated into belonging within the community we call Christian. It takes a village to raise a child; parents, grandparents, sponsors and the whole community will need to support these children so that nurtured by love, they will have the opportunity to grow into the persons God is already dreaming them into becoming.

[1] As Anglicans, Episcopalians accept either six, or seven sacraments, depending on whether you think marriage is a sacrament. The reason for not accepting marriage as a sacrament is because God is not the primary actor – only the witness to the primary action taking place between the couple to the marriage. But back to the point.