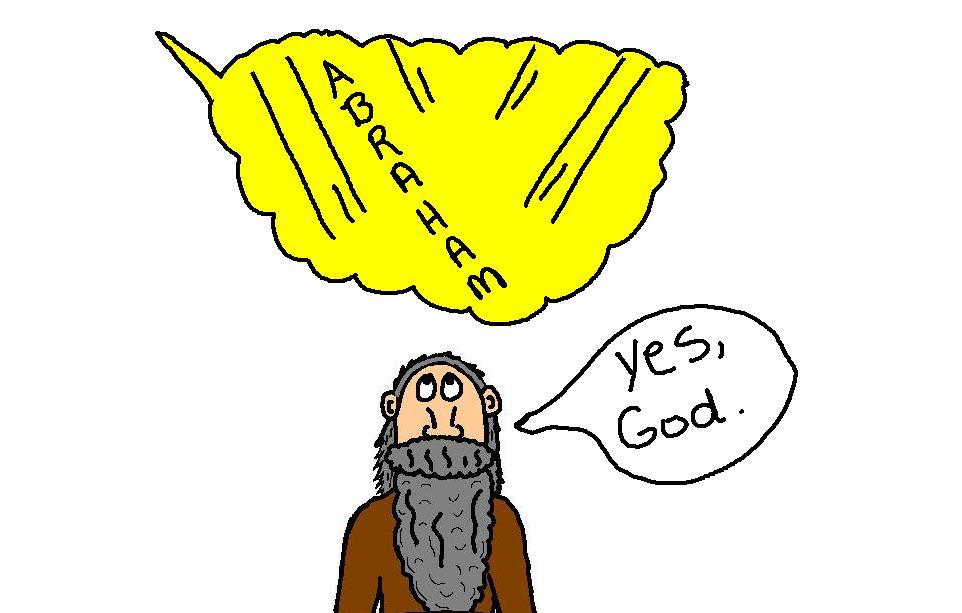 We approach a major turning point at Genesis, chapter 12 with the introduction of the man who comes to be known as Abraham, the father of nations whose descendants, Jewish, Christian, and Muslim have become as numerous as the stars in the heavens. Abraham’s story is a story of the journey from the life learned with to the life after that, a journey taken by the quintessential person of faith. 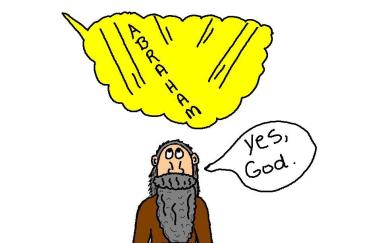 Genesis 1-11 reveal that the story between God and humanity has not gone so well. If God learns from past mistakes with the introduction of Abraham we see God developing a new strategy. In singling out Abraham, God shows that for the foreseeable future it’s the personal relationship touch that will make all the difference. God’s choice of Abraham shows us that God seems to choose unusual candidates for this kind of partnership. Abraham and his wife Sarah are already beyond childbearing age; odd candidates for the father and mother of a new nation. In the choice of Abraham, we come to see God’s desire clearly. God and Abraham develop a relationship that is startling in its portrayal of God as intimate and personal.

Genesis 12:1-4 opens with God identifying Abraham, known at this point by his earlier name of Abram with the request to

Go from your country and your kindred and your father’s house to the land I will show you. 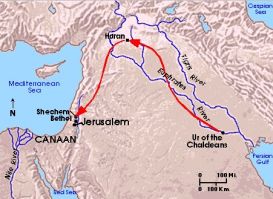 Somewhere between 2000 and 1800 BCE, Abram, with his father Terah and their extended clan migrates from the Chaldean city of Ur-Kasdim, finally arriving at Harran, a town located in southeast Turkey. Although we don’t know the reason for this clan migration, this type of moving around is a feature of herding societies, often in response to changing climatic and grazing conditions. Abraham subsequently moves around the region between Harran and the Nile delta in response to drought and famine events. It’s only when Sarah dies that Abraham makes his first purchase of land at Machpelah near modern day Hebron. Here he buries Sarah in the Caves of the Patriarchs where later he himself as well as Isaac and Rebecca, Jacob and Leah, are laid to rest. Rachel, Jacob’s principal wife is missing for she is buried in Ramah, north of Bethlehem. The purchase at Hebron is the first actual indication of the land that God promises Abraham and his posterity.

As a result of the explosion in archeological excavation following the collapse of the Ottoman Empire after the First World War, scholars came to believe that the Patriarchs were the personification of tribal units that eventually coalesced into what comes to be known more generally by Abraham’s clan name of Hapiru or Hebrews.

Coloring in the outlines

Genesis describes the major events between Abraham’s leaving Ur until his death at the age of 147. The Biblical narrative is rather spare in that it speaks in the language of external events, i.e. he went here, where this happened, and he then did that and this, then happened – so on and so forth. We are fortunate in that we live in a period of time when the archeological data has greatly expanded our knowledge of the historical context for the Age of the Patriarchs’. Interesting and helpful though this is, we receive the story of Abraham and God as a story about faith, love, obedience, and responsibility. As a story of faith, it acts upon us as we color the external, historical events with an internal, imaginative meaning.

In Abraham God enjoys the kind of relationship immediately recognizable to our 21st-century sensibilities. It’s more than a typical Biblical transactional relationship. It’s a relationship, which from our more psychological perspective is truly reciprocal in a modern relational sense.

God finds in Abraham the quality of connection originally hoped for in Adam and Eve. But as the subsequent events in the Garden of Eden reveal, this was not to be. Like the partners in a true relationship, God and Abraham are each capable of deeply affecting the experience of the other. God commands and Abraham obeys and so far this is not so startlingly different from what has gone before. Yet, in the developing narrative about their relationship, we discover something quite new in the way Abraham and God relate to each other. Abraham claims the authority conferred by relationship to confront and challenge God. Abraham engineers the changing of God’s mind with God conceding to Abraham, time and again. In Abraham, God finds a willing partner, who will also be responsible and faithful in a relationship that becomes the foundational template for covenant as the key expression of a relational theology.

Faith is what moves us from the life we learn with into the life after that. Abraham’s story is a story of the journey from one life to the next taken by the quintessential person of faith.

The God of Abraham’s faith

In our Lent program titled Going Deeper, we are exploring our engagement with faith as a public expression of our baptismal covenant that makes us accountable to God to work together for the renewal of the world.

Like Abraham, we don’t necessarily begin this collaboration with a completed sense or understanding of God. Like him, we continually discover the reality of who this God is, as we go along. Drawing on our tradition’s transgenerational experience of God as the fruit of the relationship between God and Abraham, we are led to our own generational –individual encounter with God.

Christians, traditionally have believed in a metaphysical dimension in which God exists objectively, i.e. independently of our subjective experience or non-experience. We tend to no longer share an enchanted perception of this objective God’s physical location in places, objects, and people. We are by and large no longer super-naturally minded outside the genres of entertainment. The entertainment industry’s focus on the supernatural indicates that there is, nevertheless an unrequited need in us that our spiritual lives now seem unable to meet.

We are an intensely, relationally-seeking people. For some, this experience is a directly apprehended mystical experience but for most of us, and Episcopalians tend to fall into this category, God communicates through the sacramental story. The sacramental story is by its very nature a participatory story through which God becomes present and active in our lives and the events of our history. As we participate in this sacramental story we become shaped by it through worship and action. Sunday by Sunday and on the days in between we affirm our accountability to God, playing our role in the renewal of creation.

Go from your country and your kindred and your father’s house to the land I will show you.

For Christians, the covenant God made with Abraham comes to a complete fulfillment in the death and resurrection of Jesus. This is our transformational story through which God is now telling us:

Go from the life you learn with into the life after that – the new life I will show you!

One thought on “Go and I will Show you”