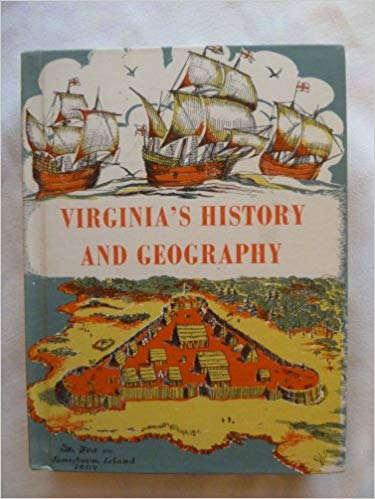 A sermon from the Rev Linda Mackie Griggs

“But when you are invited, go and sit down at the lowest place, so that when your host comes, he may say to you, `Friend, move up higher’; then you will be honored in the presence of all who sit at the table with you. For all who exalt themselves will be humbled, and those who humble themselves will be exalted.”

My most vivid memory of my fourth grade Virginia history book was the chapter entitled, “A Red Letter Day.” Of course the first thing we had to learn was what a red letter day was. Mrs. Hosner said that it was a day that was special—pleasantly noteworthy or memorable. The day in question was in late August 1619, when three things arrived in the little English colony at Jamestown: indentured servants, women, and slaves. A red letter day. America’s original sin of chattel slavery was portrayed to us as pleasantly noteworthy.

Thus began my education, or rather, indoctrination. What I didn’t know until much later (last week) was that the book that I was reading from, studying, and dutifully parroting back on tests, was part of a set of three textbooks for elementary, junior high and high school, created in the 1950s (and used until the late 1970s) under the heavy influence of the segregationist political machine of Sen. Harry Byrd Sr., who wanted to make sure that Virginia children learned proper history, not tainted by any of that Communist or Civil Rights malarkey. And so we learned of red letter days, of how slaves (please call them servants,) were well-treated and content, of the Lost Cause narrative of the Civil War (please call it the War Between the States,) and how handsome and gallant Robert E. Lee was as he rode his proud steed, Traveller, and how the reason for the War Between the States was certainly not slavery, but states rights.

As Rogers and Hammerstein noted in the musical, South Pacific, “You’ve got to be carefully taught.”

You’ve got to be taught to hate and fear

You’ve got to be taught from year to year

It’s got to be drummed in your dear little ear;

Those books—that propaganda—affected multiple generations of children, because many of the ones who originally learned it taught it to their children. Look at the faces of the young people who rebelled against the removal of the Lee statue in Richmond two years ago. Hear the people who defend flying the Confederate flag. Heritage, not hate, they say. It’s about tradition and history, they say. Not about slavery.

They have been carefully taught.

When history is written, or rewritten, by those in power, the narrative is theirs to dictate.  Fortunately that is changing, and we have the opportunity to hear the voices of the oppressed more broadly and deeply than before; to hear the stories

of slavery and its repercussions from the perspectives of the enslaved, the sharecroppers; the victims of the Black Codes, the lynchings, Jim Crow and Mass Incarceration. We have the opportunity to ponder the true legacy of that August day in 1619 and to begin to understand that the white European-descended power structure that we have today was built on a foundation of the labor and suffering of fellow children of God who were bought and sold as property.  We are beginning to understand the idea of white privilege; the idea that the benefits in education, healthcare, home ownership, employment, voting and legal rights that the white community takes for granted are generally not benefits accruing to our black sisters and brothers. And the reason for that dates back to August 1619. We have been carefully taught that our rightful place is at the head of the table, and the fact that others are seated lower is their responsibility, not ours.

Jesus told his parables of the wedding banquet to an audience who was aware of the proper etiquette of table seating at dinner parties; that the people with greater power and influence would be granted the privilege of reclining closest to the host, in the places of honor. In offering up the rather ridiculous image, of guests racing and climbing over one another to be the first to the bottom of the table so that they may be asked to move higher, Jesus is encouraging his hearers to think more deeply about entitlement; about the economy of standards that they use to measure themselves against one another. Why does somebody deserve a place of honor? Wealth? Education? Gender? Hometown? Looks? Jesus prompts us to ponder; are these the standards that apply in the Dream of God? He prompts his audience to consider that they might be confusing privilege—the special rights or advantages available to a certain group—with blessing—the favor, protection and care of God. Jesus calls God’s people not to rush to claim the fruits of privilege, but rather to hold their privilege lightly—so lightly that that they can share it with others, thus embodying God’s blessing as members of a beloved community.

Today, 400 years after that dubiously named August day in 1619, might it be that Jesus is asking those who have heretofore controlled the narrative of racial history in this country to take the challenging and humbling step of questioning our place at the table?

The message hasn’t always been so gentle as Jesus framed it in Luke’s Gospel. Abolitionist and former slave Frederick Douglass didn’t go to the Gospels as the Biblical source for his writings and speeches. He made a beeline for the prophets, particularly Isaiah and Jeremiah. Jeremiah wrote about thirty years before the fall of Jerusalem in 597 B.C.E. and he could see the signs of the looming consequences of Judah’s worship of idols and refusal to turn back to the God who created and delivered them. “I brought you into a plentiful land to eat its fruits and its good things. But when you entered you defiled my land, and made my heritage an abomination.” Jeremiah’s accusations against the powerful and the privileged—the rulers, the priests and the prophets—were the heart of Douglass’s passionate tirades—his biographer calls them jeremiads—his tirades against the slave owners, the church, and the politicians who ignored his cries for justice for his people. The abuse that he suffered, the scars on his back and the discrimination that dogged him even as a freedman—this was his first-hand knowledge of how the white power structure exploited black human beings—sacrificing them to the idols of cotton and tobacco, financial gain and political power. Douglass, like Jeremiah, wrote on the eve of disaster for the country—a civil war/War Between the States that would bring emancipation of our enslaved brothers and sisters, but at the cost of 620,000 lives.

And the costs have continued to mount over the past 150 years as the wounds of racism have festered. Because the power structure that has written the narrative of race until recently would like us all to forget what the marginalized and powerless can’t help but remember. But it doesn’t have to be that way. In a New York Times Magazine piece a couple of weeks ago journalist Bryan Stevenson summed up where we are now: “…[W]e are at one of those critical moments in American history when we will either double down on romanticizing our past or accept that there is something better waiting for us.” He continued, “I realized how important it is to stay hopeful: Hopelessness is the enemy of justice.”

And justice is all of our business. We can’t opt out because we aren’t Virginians. Rhode Islanders—including Episcopal Rhode Islanders, played a leading role in the transatlantic slave trade whose consequences continue to transcend generations. Justice, and hope, are the business of all of us.

Last Sunday afternoon churches in Virginia and Rhode Island, at the encouragement of the Presiding Bishop and in cooperation with the Center for Reconciliation, rang their bells, to remember. To remember 20 African men who were brought to Virginia in a Portuguese ship named for John the Baptist. To remember them and the millions more who were brought later and those who died on the Middle Passage. The bells rang as a wake-up call and a prayer of hope, that we can hear our story anew; listening with open and humble hearts, ready to offer our places at God’s Banquet table to all, so that we may share God’s blessings of healing, forgiveness and reconciliation.

You’ve got to be taught

of people whose eyes are oddly made

and people whose skin is a different shade.

You’ve got to be taught

before it’s too late

to hate all the people your relatives hate.

One thought on “Carefully Taught”