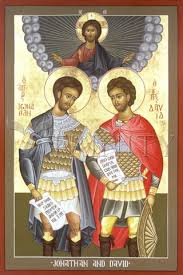 This week, Carl Nassib became the first NFL player to out himself as an openly gay player. Nassib’s action has been greeted with a chorus of affirmation and support from team owners, coaches, fellow players, and fans. My, what a long way we’ve come in a relatively short time! Despite conservative Christian resistance and hard right political opportunism we see a growing acceptance of homosexuality in mainstream social, sporting, judicial and political life in the US. Across European democracies – where they previously existed – long standing criminal codes against male homosexuality have been repealed. Yet, in increasingly totalitarian Poland and Hungary, government attacks on LGBT+ persons are on the increase, as nationalist politicians deploy the Vladimir Putin playbook.

LGBT+ persons form a convenient scapegoat for rightwing and totalitarian regimes. Like the Jews, gays – especially gay men- represent the feared other of the enemy within. Homophobic persecution is principally directed towards gay men for two reasons:

In Russia and elsewhere, the LGBT+ community is an easy scapegoat for distracting attention away from regime policy failure. Africa continues to pose its own special examples of drastic persecution of LGBT+ communities. Uganda and most recently Nigeria pose examples of recent attempts to impose the death penalty for homosexuality.

With support from conservative Catholics and Protestant Evangelicals, homophobic persecution goes hand-in-hand with political attempts to increase male control over the female body. Draconian anti-abortion legislation such as that enacted with strong support of the Catholic Church in Poland and now being attempted across Republican controlled states in our own country dovetails with homophobic hostility.

What’s in a word?

As a term homosexualitat first appears in 19thcentury German scientific literature. The term causes confusion among English speakers who usually mistake the Greek homo – meaning the same, for the Latin homo-  meaning man-male.

Last week’s reading introduced us to the relationship between David and Jonathan, who at their first meeting experience love at first sight!

When David had finished speaking to Saul, the soul of Jonathan was bound to the soul of David, and Jonathan loved him as his own soul.

As if to add emphasis – in a somewhat Freudian slip – the text has previously made explicit reference to David’s smooth cheeks and sparkling eyes – allusions to his effeminate youthful ,and at best, androgynous appearance. In today’s installment, we skip forward to the death of Saul and Jonathan; father and son together having fallen in a last stand in battle against the Philistines. With broken heart, David composes one of the great love eulogies of all time. In what came to be known as the Song of the Bow, David cries out in anguish –

Your glory, O Israel, lies slain upon your high places!

How the mighty have fallen.  ….

Saul and Jonathan, beloved and lovely! ….

How the mighty have fallen in the midst of battle.

I am distressed for you, my brother Jonathan;

greatly beloved were you to me;

your love to me was wonderful, passing the love of women.

How the mighty have fallen,

and the weapons of war perished!

These are the words of one man’s love for another. Issues of gender and sexual identity continue to fuel our current culture wars making for an interesting answer to the question: was David and Jonathan’s love, homosexual?

Or were they just Oxbridge-style soul-friends; the kind of tortured platonic attraction between men much admired among the English upper classes and characterized in the novels of E. M Forster’s Maurice and Evelyn Waugh’s Brideshead Revisited; men’s platonic desiring one another with their minds on higher things from the waste up.

Until relatively recently, the story of David and Jonathan has only been read through a patriarchal lens. Biblical commentators have over the centuries gone to considerable lengths to deny any homoerotic inference in the love that David openly declares for Jonathan.

Contemporary commentators no longer directly deny the homoerotic content of this story but issue strong warnings against the danger of anachronism – that is where we project back into history our current attitudes, values, and ideas. Alongside the development of a feminist biblical lens, there is now, a growing body of commentary committed to a queer reading of this text.  Bruce Gerig openly embraces the homosexual nature of the love between David and Jonathan. David and Jonathan are clearly an emotionally bonded couple. From their first meeting, Jonathan places his love for David above his loyalty to his own father- protecting David from the dangers of Saul’s murderous paranoia – a very big statement in a patriarchal society. On the face of it, by declaring that Jonathan’s love is a love beyond that of women – David, the inveterate womanizer, seems to draw attention to the homoerotic component to the love between them.

Are David and Jonathan great historical gay figures? I see no reason we should not draw from their story encouragement to resist the patriarchal expunging of homoeroticism from the interpretation of scripture. However, I accept that to read a modern polarity of homosexual – heterosexual back into the relationship between David and Jonathan is anachronistic. The terms homosexual and heterosexual, and the distinctions they imply are products of the modern age. David and Jonathan were not gay in the contemporary sense that I would claim that description. The love between David and Jonathan is the sexually charged love common in intensely patriarchal-warrior cultures. From Classical Greece to Samurai Japan, in these tribal-warrior cultures the social and emotional inferiority of women meant that while suitable as the bearers of children, they could never be considered as emotional partners with men. In patriarchal societies the primary emotional identification for men could, and can, only be, other men.

Our social concept of homosexuality as a stable emotional developmental state, existing along a continuum of identity and gender fluidity has little relevance when reflecting on men’s sexual arrangements in such societies.

What’s the value in the story of David and Jonathan for 21st-century readers?

For 21st-century Christians, it is no longer the gendered identity of the object of our desires that matters, but the integrity of the love that comes to bind two persons in a relationship that is of primary significance for both.

In that sense David and Jonathan reflect the timelessness quality of human relationship.