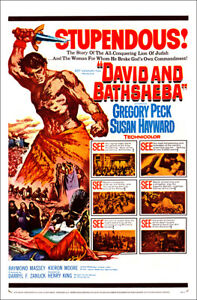 Power corrupts. Absolute power corrupts, absolutely. The story of David and Bathsheba is a tale of the corruption of power.

I don’t know about you, but I’m both addicted and repelled by dramas that center on the abuse of power. To start with there’s Billions. In fact, I had to stop watching Billions because it reveals a side to our society that deeply disturbs me. I know- it’s only TV.

Most recently, I’ve started another saga of power and its corruptions – Succession. I’m still on season one, because while I began watching during the winter, I had to take a break and only recently have I summoned the courage to venture back.

Succession – if you don’t know about it – is a dynastic story of nastiness in the extreme. The tantalizing question is – is it a fictionalized tale of Trump family nastiness? Maybe? Or is it a tale of Murdoch everyday ruthless rich folk? Succession’s power to addict and disturb lies in the portrayal of depravity that flows from the abuse and corruption of power. These are themes that for many of us struggling with the reality of life in 21st-century America are all too close to home for comfort.

Al and I have taken up the habit of watching Succession as the first thing on our evening viewing schedule after the PBS 6 O’clock NewsHour. The reason is that it’s easier to sleep if we get it out of the way earlier so that we can move onto more benign viewing as bedtime nears.

Now, I love the tales of the rich and famous as much as anyone – esp. when they are couched as cautionary tales. But what challenges me about dramas like Billions or Succession is not the dramatic portrayal of the ruthless violence of those who exercise absolute power and the pathetic mimicry of those in the cascading echelons under them. This is not like watching Wolf Hall, which accurately portrays Henry VIII’s capricious abuse of power in a premodern England – where the distance of time can provide a buffer for the emotions. The difficulty for me with Succession and its ilk is that it is the portrayal of a world that is all too recognizable as the kind of world we are currently living in. This immediacy between screen and reality provides no avenue for safe emotional escape.

What I want, I get! So warns the patriarch, Logan Roy; a statement expressing the ruthlessness lying at the heart of the drama. This is the statement of a man who has failed to leave the ruthless stage of infant development behind. His arrested development and would be pathetic if the consequences for those around him were not so dire. It’s also chilling, because our present world is controlled by men – mostly men – who are made in Logan Roy’s image. Their failure to leave infantile ruthlessness behind in the service of emotional development has dire consequences that none of us can escape from in today’s America; not to mention the growing number of ruthless dictators in today’s wider world.

Today we heard the continuation of the story of David and Bathsheba. Last week we heard about David’s primal infatuation with Bathsheba as she performs her evening ablutions on the roof of her house. What I want, I get -thought David. And so he got.

He had Bathsheba brought to his house where he lay with her and she conceived. Bathsheba is later to be the mother of the legendary Solomon. But for now, the child of this ill begotten coupling must die as punishment. The question is – punishment for what?

Lay with her is how the Deuteronomist writers record this incident. Tradition has tended to romanticize David and Bathsheba as a tale of love at first sight. David’s other marriages – pay heed evangelicals – we’re not talking about a paragon of monogamy here – were political alliances. So, it’s possible that this is – at least for David – a love match. Afterall, he ends up making an honest woman of her. Now there’s a phrase!

Alternatively, tradition has portrayed this story as a tale of feminine seduction. After all, if Bathsheba had exercised greater modesty, she would not have excited David’s sexual passions. It’s a short step from here to believing that she intentionally bathed beneath the king’s window with the intention to ensnare him.

You cannot act voluntarily when you have no choice not to act. So, whatever the dynamics of their encounter – and we can only speculate – the facts on the ground indicate that this is a legal rape – as defined by sexual intercourse where one party has no capacity to refuse consent. It’s not the sex that’s wrong here – although some may question this – it’s the abuse of power that matters.

Last week we heard about David’s machinations to engineer Uriah’s death. Here the story takes on something of the quality of a comedy of errors. David encourages Uriah to sleep with his wife. Mindful of his need to maintain ritual purity before battle, Uriah avoids the trap. In the end David resorts through his chief henchman Joab, to having Uriah murdered in the line of battle.

Enters Nathan upon the scene. This is the first we’ve heard of Nathan. He strides into the king’s house carrying a message from God – ready and willing to speak truth to power.

Although prophets are mentioned from time to time before this, what we might term the office of the prophet arises only conterminously with the shift from tribal to monarchical government in ancient Israel. Samuel is the transitional figure in this shift, and Nathan is the first to appear in this new enhanced prophetic role.

Remember that Israel is identified by its covenant with God. Even after the shift to monarchy -there is still only one King in Israel and YHWH is his name. The establishment of the monarchy created a secondary covenant between God and the king which lay down the lines of power sharing. David as king is essentially God’s regent overseeing the correct enforcement of the Covenant between Israel and God. Like our own Constitution, the Covenant defined the lawful exercise of power. The king is God’s regent, and the prophet becomes God’s spokesman – in our terms a kind of one-man Supreme Court.

The essential point for us to grasp is that Israel’s Covenant with God conveyed an understanding that humans live in a moral universe in which consequences follow actions. This is esp. important in its application to the exercise of kingly power. David’s increasingly centralized power made him vulnerable to his corruption in the exercise of power. He has now reached the point where to quote a contemporary analogy, if he committed murder on 5th Ave, there was no one to stop him.

The core of Nathan’s – and hence God’s accusation against David is not adultery. The David – Bathsheba story has only a tangential relationship to the primary story which at this stage is David and Uriah. The core of the accusation Nathan cunningly crafts to entrap David in his own words – is that David has offended against the moral universe not through adultery but through murder. For Nathan and thus we read for God, David’s actions are a criminal abuse of power for which he is called to account. In that awful moment of realization – David is reduced to the confession of his sin.

David is no Donald Trump or Rupert Murdoch. A later story illustrates this point. Elijah confronts King Ahab -the husband of the infamous Jezebel -for a similar abuse of power in the murder of Naboth for the purpose of confiscating his vineyard. When confronted with his crime Ahab’s response is: Ahh so you have found me, my enemy! A truly Trumpian response and worthy of Succession’s legendary Logan Roy.

The Story of David is the story of greatness. But his greatness does not reside in his absolute power. It resides in these six words: I have sinned against the Lord. Words that reestablish the correct lines of power sharing between king and God.

Nevertheless, in Israel’s moral universe consequences follow actions. Nathan declares that David has now set in motion a chain of violence that would never leave him, nor his house, in peace.

What kind of moral universe does contemporary America live in, I wonder? When will we see that personal consequences follow political actions? When will the powerful be confronted by their deeds and brought to the realisation that their ruthlessness is a sin against the Lord?