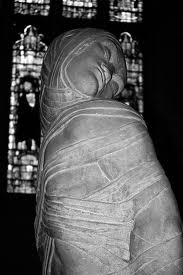 John the Evangelist tells the best stories! True, he does have a propensity to put long and theologically complex speeches into the mouth of Jesus that easily tax the attention span of the modern listener. Yet even in his set-piece discourses, John gives Jesus some pretty arresting sound bites, e.g. servants are not greater than their master, nor are messengers greater than the one who sent them is a good one for today’s political class to heed. Or, by this everyone will know that you are my disciples if you love one another.

Nevertheless, John’s whole understanding of Jesus unfolds within the framework of seven stories commonly referred to as signs of the kingdom[1]. These are undoubtedly among the best stories in the New Testament.

The story of the raising of Lazarus is the seventh in the series of seven signs. As with all John’s stories, it is complex and multilayered. The Raising of Lazarus constitutes a kind of prologue to the events that begin to spiral, culminating over the course of a Thursday night and Friday morning, two weeks from now.

Roberto Assagioli, the founder of Psychosynthesis was an early disciple of the great Sigmund Freud. However, Freud was notoriously cantankerous and brooked no disagreement from his disciples. Consequently, like Jung, Assagioli eventually parted company with Freud over Freud’s discounting of the spiritual component in human development.

I mention Assagioli because of a method of listening he advocated that employs something called bi-focal vision to distinguish personal psychoemotional elements from spiritual transpersonal ones within and individual’s life story. Bi-focal vision tracks two distinct elements that are nevertheless interconnected and intertwined in ways that create the confusion and conflict that brings a person into therapy in the first place.

Applying Assagioli’s concept to a text rather than a person, the use of bi-focal attention allows us to separate out the way John weaves a transpersonal -theological meta-narrative, i.e. an overarching inclusive story about salvation, into what is also a story of love, loss, and recovery at a human-relational level.

The story so far

Jesus, with his disciples, received a message from the sisters of Lazarus that their brother is ill and dying. Jesus greets the news with what appears to be detached disregard, saying Lazarus is not going to die, rather that what is happening to him is an opportunity to glorify God. He then delays setting out for Lazarus, Martha, and Mary’s home in Bethany by two whole days. In the meantime, Lazarus does die and is interred in his tomb. On the fourth day, Jesus nonchalantly declares that now Lazarus has died it’s time to visit his friends in Bethany, situated in Judea about a day’s walk from Jerusalem. His decision fills his disciples with dismay for Judea is now a very dangerous place for Jesus to go. Last time he was there he narrowly escaped being stoned to death. Nevertheless, they all set-off and as Jesus nears Bethany, first Martha, having been looking out for his approach rushes out to greet him. Likewise a little later Mary, when Martha tells her (privately) of Jesus’ arrival also goes out to greet him. Despite his seemingly enigmatic delay in coming, Jesus, now in a state of some emotional distress, is taken to the tomb and calls Lazarus to awaken and come out. To the amazement of most of the onlookers, Lazarus emerges still wrapped in his winding sheet.

When we apply bi-focal attention to this story, we can begin to see that there are two narrative strands flowing simultaneously,  throughout. This is a theological story about God and at the same time it is also a human relational drama. One strand is transpersonal in that it transcends individual experience, while the other is deeply personal.

We’ve already noted that the disciples are puzzled by Jesus’ response to the news of Lazarus’ imminent death. Instead of rushing off to Bethany he simply says that Lazarus’ plight is not one that will lead to his death but is an opportunity for the glory of God. At the human-relational level, this seems a callous response. However, here we have in John’s story the first indication of the transpersonal-theological motive of the glorification of God. But then Jesus immediately throws his disciples off the theological scent by mollifying their human fears in declaring that Lazarus merely sleeps, so no need to be alarmed.

The next puzzlement lies in the contrast between the two encounters Jesus has, first with Martha, and then her sister, Mary. Incidentally, we know both these women independently of John’s account. Both Martha and Mary appear in Luke 10:38-42, from which we learn that Martha is the active, doer, always on the go, while Mary is the contemplative one. John does not mention their Lucan biographies because like us, his hearers would already know them, and it’s no surprise that while Mary is being comforted indoors, Martha is out, pacing the road on the look out for Jesus’ approach.

Both sisters greet Jesus with identical words: Lord, if you had been here my brother Lazarus would not have died. We puzzle over how Jesus’ response to the sisters could not be more different. In his response to Martha, we see Jesus responding in theological focus. In response to what is in effect Martha’s rebuke – really Jesus, how could you not have come at once for now Lazarus is dead! – he subjects her to an examination of her belief in the resurrection. I have to say that this is not evidence of a very good pastoral manner here. He then identifies the resurrection with himself leading Martha to proclaim: Yes Lord, I believe that you are the Messiah, the Son of God, the one who is coming into the world.

In the theological strand within John’s story, Jesus understands the death of Lazarus as an opportunity, not for sorrow, but so that God might be glorified in the presence of the bystanders who come to believe. The absence of concern and anxiety can be explained because the outcome is already preordained, so no need to worry. Bi-focal attention allows us to see how John presents the encounter between Jesus and Martha at the level of the theological significance of Lazarus’ death.

By contrast, Jesus response to Mary who greets Jesus with exactly the same words as her sister has used, reveals Jesus now identifying with the human-relational level and thus he is profoundly overcome by grief and sorrow. John describes Jesus being greatly disturbed in spirit and deeply moved. The result is that Jesus too begins to weep with Mary. Bi-focal attention allows us to see John now presenting Lazarus’ death at the human dimension of a relationship of love and loss. Nowhere else, does Jesus appear more vulnerable and human than in his response to Mary, and together both now weeping, they go to the tomb of friend and brother.

It is at the tomb, we begin to see for the first time how the transpersonal-theological and human-relational strands come together because both are actually about relationship. Standing, publically weeping over the death of his friend Jesus now invokes his transpersonal relationship with God: so that they [the onlookers] may believe that you sent me! Lazarus come forth, is not only an expression of deep human compassion but is also a public proclamation of God’s glory.

John now tells us that many of the bystanders came to believe when at Jesus’ command they see Lazarus emerge still encased in his death shroud. It’s here that the Lectionary ends the story. But by ending the story here we are in danger of missing the larger point John is making in this story. This is not an all’s well that ends well, story.

For John, the raising of Lazarus is the turning point at which there is no escape from the path to the cross. When we read on in the text we learn that as well as some of the onlookers coming to faith others reject the theological message of salvation and go off to conspire with the Temple authorities. On hearing of events at the tomb of Lazarus, the authorities now have the evidence they need and vow to put Jesus to death; justifying their decision in terms of the murky politics of national security. Don’t let anyone convince you that the cross is not a political act.

The raising of Lazarus is not a premonition of the resurrection, a kind of trial demonstration. Lazarus’ emergence from his tomb is simply resuscitation. Lazarus is returned to life for the somewhat limited purpose of glorying God in the presence of some of the bystanders. It is not to set up a happily ever after ending. For in the act of glorifying God, Jesus drives others of those who witness his action into the arms of the authorities, setting in motion the very resolve that will end in his arrest and death. Lazarus’ return to life is a limited time offer only and ensures that at some future date he will die again.

The theological point for John is that what begins in resuscitation will end in resurrection. If you want to know what the difference between the two is, you will need to tune in on Easter Day. You will only comprehend the difference, having first traveled the way of his Passion – liturgically speaking – with Jesus. In the meantime we pray:

Almighty God, whose most dear Son went not up to joy before he suffered pain, and entered not into glory before he was crucified: Mercifully grant that we, walking in the way of the cross, may find it no other than the way of life and peace; through Jesus Christ your Son our Lord.

[1] The seven signs of the kingdom are: